Are you knowledgeable enough about the voting rights bill? Voting rights legislation is essential to the health of democracy. Unfortunately, while the 2020 election was free from foreign interference and was a smooth process, voting in many areas of the country was still a frustrating and intimidating experience for many Black and brown people. The problem is that anti-voter legislation targets the voting methods that Black and brown communities use to exercise their right to vote. This includes long lines and early voting.

The Freedom to Vote Act is a crucial piece of legislation protecting voting rights across the country. The bill was drafted by the Senate leadership and included several significant changes to existing voting laws. It is the most comprehensive voting rights package in generations. It will ensure equal access to voting for all citizens, end partisan gerrymandering, and limit the influence of dark money.

The Freedom to Vote Act also includes a provision prohibiting partisan poll watchers from coming within eight feet of a voter during a vote. The Act also requires that voter-verifiable paper ballots be used. These ballots must be marked by the voter and presented for verification. In addition, they must be preserved as a permanent record of the voter’s vote. Finally, the Freedom to Vote Act also stipulates that a paper ballot may be scanned using an optical scanner and used in recounts.

Under the Freedom to Vote Act, a legal challenge to congressional redistricting plans can be filed. A three-judge panel can hear these claims in a federal district court in the District of Columbia. In the event of a successful appeal, the case will be heard in the U.S. Court of Appeals for the D.C. Circuit. While it is difficult to appeal an election law decision to the Supreme Court, the D.C. Circuit does maintain its authority to hear cases involving the Freedom to Vote Act. 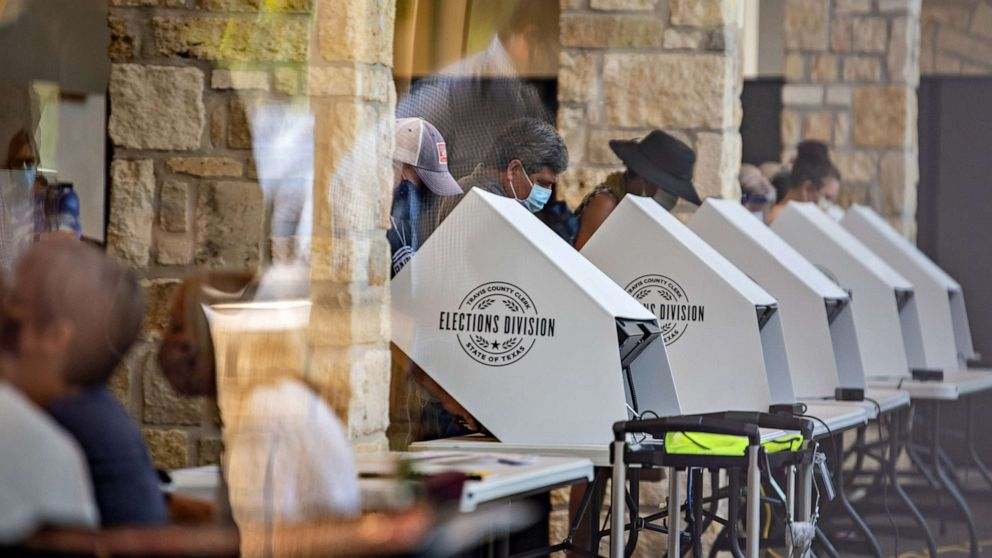 The Help America Vote Act is a federal law in the United States. It was passed by the House 357-48 and the Senate 92-2 and was signed by President Bush on October 29, 2002. It is landmark legislation designed to improve how Americans cast their votes.

The Help America Vote Act also requires that states establish provisional voting systems for eligible voters who do not have a photo ID. States should also implement a centralized voter registration system. They must also install additional informational signs in polling locations.

This bill would make it easier for voters of color to exercise their voting right. It would also give the Department of Justice the authority to challenge voting rules that affect minority voters. Additionally, it would grant the DOJ the authority to require states to provide documents and answers to enforce voting rights. This bill is an integral part of the Democratic Party’s effort to fight discrimination and voter suppression in many states.

However, the Act is not without its problems. The bill, named after the late civil rights leader who died in July, still faces a long uphill climb in the Senate to gain the support of 10 Republicans to break a filibuster. Currently, only one Republican has endorsed the bill, and it appears Sen. Lisa Murkowski is unsure how she’ll reach the 60 votes needed to pass the legislation.

The bill is important because it updates the Voting Rights Act. In recent years, a Supreme Court decision struck down some of the provisions in the law. For example, a law that would have banned voter discrimination in states with a history of discrimination will now require states to approve the federal government. Moreover, a voter will no longer need to be a minority to vote.

Anti-voter bills have come up on both sides of the aisle this year. In Iowa, Republicans attempt to restrict voter access with a law known as Senate File 413. This law, which won’t pass until September 2021, adds new restrictions on early voting and absentee ballots. It also bans the use of drive-thru voting and empowers partisan poll watchers. These bills are being closely monitored by civil rights groups and have spurred several lawsuits challenging their implementation.

Anti-voter laws are a severe threat to our democratic process. Since the 2020 presidential election, 19 states have passed laws restricting voting rights. Despite the widespread support for such laws, the federal government has not acted on the issue. While the Voting Rights Act of 1965 guaranteed the right to vote, the John R. Lewis Act restores these protections and sets minimum standards for federal elections. We must act now to protect voting rights.